As an alternative to a traditional brow lift which requires going in for surgery, the Botox brow lift has been in increasingly high demand. This rise in popularity is brought on by the latest brow trends favoring a raised, feline-looking brow area sometimes referred to as a "cat-eye" or "fox eye". Now with just a few pricks, this popular look can be achieved using neurotoxins Botox, Dysport, and Xeomin in a treatment referred to as the "Botox Brow Lift"

Portrait Medical Director and Board Certified Dermatologist Dr. Patrick Blake is an experienced injector who leads a team of expert cosmetic injectors in Southern California. We spoke to him all about this increasingly popular treatment to get his professional insights and tips for providing a high quality treatment with optimal results.

What is a Brow Lift?

Over time, and as a result of the ongoing effects of aging and gravity, eyebrows tend to drop, most noticeably around the outer edge. With this gradual drop of the brow area comes a natural decrease of the eyebrow arch. This is often particularly bothersome for women, as the natural arch of the eyebrows is popularly viewed as attractive. One of the most famous examples of this lifted eyebrow look are supermodel sisters Gigi and Bella Hadid (although they have never publicly admitted to having the procedure).


Historically, the only "true" method for an eyebrow lift, also called a forehead lift, has been a surgical procedure. A surgical brow lift aims to lift the forehead and eyebrow region by tightening the soft tissues in the area, with the effect of restoring a more youthful appearance to the forehead, upper eyelids, and eyebrows. More recently, however, neurotoxins have been a popular and far less invasive alternative to a surgical eyebrow and forehead lift. According to Dr. Blake, a successful brow lift can be achieved pharmacologically using neurotoxins, such as Botox, Dysport, or Xeomin with just a few strategically placed injections as opposed to a surgical procedure with recovery down time.

Technically speaking, neurotoxins such as Botox work to lift the brow area by relaxing the muscles which normally pull the brows downward, primarily the orbicularis oculi, and in turn allowing the forehead’s muscles to lift the brows without resistance. This allows the highly desired dramatic arch and outer portion of the brow to naturally float upwards and appear lifted.

How Many Units to use for a Botox Brow Lift

The short answer: Not very many. Most cosmetic injectors agree that a successful botox brow lift can be achieved using as little as 4-6 units of Botox.

Most patients combine a Botox brow lift with the treatment of other areas, for example, the horizontal lines of the forehead, the “11” lines between eyebrows, or crows feet. While treating these areas will increase the total number of units needed, according to Dr. Blake “when treating the 11 lines or the crow’s feet, we achieve a degree of eyebrow lift”. Because of this effect, the number of additional units needed for a Botox brow lift or forehead lift is surprisingly small, ranging from 2-4 units per side to produce a dramatic result.

Keep in mind the difference in units between neurotoxins, as Botox and Xeomin units differ from Dysport units. Always ensure proper conversion and dilution techniques. Visit our wrinkle relaxers page to learn more about the differences between these three neurotoxins.

Where to Inject Neurotoxin for Bow Lift

Dr. Blake recommends starting on either side of the face just under the orbital rim as this is the key injection site for a brow lift. As with any aesthetic medical procedure, in order to perform a brow lift, it is necessary to understand the intricate anatomy of the muscles below the skin to achieve the desired outcome. Because facial muscles are intricately layered under the surface of the skin, detailed knowledge of each muscle's depth and function is required for proper injecting.

The key muscles to inject for a brow lift are the corrugators which depress the mid-portion of the brow above the nose as well as the orbicularis oculi, which wrap around the entire eye and are responsible for depressing the outer portion of the brow and causing crows feet. Injecting neurotoxin into these muscles allows the frontalis muscle, the main muscle of the forehead, to pull the brow upwards freely. Dr. Blake recommends starting with one to two injection sites per side just under the orbital rim.

How long will a brow lift last?

A nonsurgical brow lift typically lasts as long as any other neurotoxin treatment, although this time frame will vary between individuals. According to Dr. Blake, when using Botox or Xeomin, results generally last for three to four months, and four to five months when using Dysport. With ongoing treatment and regular upkeep, Botox brow lift not only reverses existing brow drop, it also slows down the natural aging process and prevents increased lowering of the forehead and brow region over time.

As with most surgical procedures, results of a surgical brow lift will last longer but are still not considered permanent as they can not stop the ongoing changes of aging skin and muscles. Since aesthetic medicine is still relatively new, there isn't a large amount of data recording the duration of a surgical brow lift results, however, ten to twelve years is the generally agreed upon time frame.

The first step to any aesthetic procedure is a thorough assessment of the face and skin. As noted earlier, treating other areas in the forehead and surrounding area can contribute to the success of a brow lift. This means that it’s up to your cosmetic injector to give an in-depth consultation in order to administer a holistic treatment with lasting results. Choosing the right injector is one of the most important considerations to take into account for a natural-looking brow lift. Visit our provider directory to find an expert injector near you!

According to Dr. Blake, some patients, especially seniors, require a certain amount of sustained tension in the muscles of the forehead, particularly the frontalis, in order to hold up their eyebrows and eyelids at an appropriate level. This means that too much neurotoxin or neurotoxin placed too low can ruin any attempt at a brow lift. Incorrectly injecting neurotoxin also puts an injector at risk of causing ptosis, also known as the unwelcome “droopy eyelid” syndrome.

Finally, Dr. Blake points out that a sometimes overlooked issue for a brow lift is the varying depth or thickness of the dermis, the second layer of skin found directly below the epidermis, as well as the layer of fat below it. For a successful brow lift, it’s important to correctly assess the depth of the corrugator muscles which help control the inner eyebrow. Implications of deeper than average corrugator muscles can include male gender, oily skin, and above-average body mass index. This is all relevant because it is already important to inject fairly deeply when treating the corrugator muscles, as overly superficial injections can weaken the frontalis muscle and again cause a drooping eyelid effect. Alternatively, when treating the corrugator deeply some product may travel into the orbicularis oculi resulting in a far more preferable effect of lifting the eyebrow.

Making the Most of Your Results

Aside from corrective surgical and neurotoxin brow lifts, there are many preventative measures you can take to preserve the natural eyebrow and eyelid position and make the most of brow lift results. Ongoing UV damage from sun exposure will weaken the collagen and accelerate drooping, as will smoking cigarettes. Using a high-quality sunscreen on a daily basis will preserve and extend the skin's health to work against fine lines, wrinkles, sagging skin, and discoloration.

According to Dr. Blake, "eyebrow lift optimal results are frequently achieved through a multimodality approach by incorporating high-intensity focused ultrasound, laser treatments, or microneedling, all of which increase supportive collagen in the area."

Who Can Administer a Brow Lift?

Guidelines for who can legally administer neurotoxins and perform cosmetic procedures vary state by state. However, in all fifty states, physicians, physicians assistants (PA), nurse practitioners (NP), and nurses (RN) are qualified to work as a cosmetic injector administering botox and fillers and are therefore qualified to administer a neurotoxin brow lift. Surgical brow lifts must be performed by a qualified surgeon.

There are a few major differences between a Botox brow lift and a surgical brow lift or forehead lift which should be considered while deciding which procedure is best for you.

The first is invasiveness and downtime. A neurotoxin brow lift using Botox, Xeomin, or Dysport requires virtually zero downtime, it is a non-invasive procedure, and can be administered in as little as fifteen minutes. By comparison, a surgical brow lift requires ideally ten to fourteen days of recovery time, including a post-operation appointment for suture or staple removal from the incision site. There are multiple techniques with varying degrees of invasiveness, however, sutures or staples are still required and the procedure duration is generally one to two hours.

Another important consideration is cost, as the price tag of these two procedures is very different. Neurotoxin like Botox is generally sold per unit, with an average range of $12-$15 per unit. Surgical costs are much higher, ranging from $1,500 to $10,500 according to a survey conducted by the American Board of Cosmetic Surgery.

The final notable difference between the two procedures is the length of time the results will last. As mentioned above,  neurotoxin brow lift typically lasts between three to five months depending on the product used. With regular upkeep, Botox brow lift can be both corrective and preventative, meaning not only will it help reverse previous damage it will also help to slow future dropping and wrinkling. Alternatively, surgical brow lifts or forehead lifts are solely corrective and are predicted to last between ten and twelve years.

Are you a Brow Lift Candidate?

If you're bothered by moderate to severe signs of aging in the brow region, you may be the right candidate for a Botox brow lift. A botox brow lift is ideal for anyone with sagging skin around the eye and eyebrow area who could benefit from muscle lifting. It is also an option for anyone seeking the appearance of a lifted brow, commonly known as the "cat-eye" or "fox eye" look. These are some of the most common concerns of brow lift candidates:

While there are many candidates for a botox brow lift, as with any medication neurotoxins have contraindications which is why it's important to consult with a licensed professional before moving forward with treatment.

Find out if you're a good candidate for a brow lift by booking a consultation with one of our expert providers.

To see botox brow lift before and after photos, visit our Instagram @portraitspa.

Botox brow lift is quickly becoming a high-demand treatment, and for good reason. Our advice is to make sure a brow lift is the right option for you by getting an expert opinion from a cosmetic injector that you trust before booking a brow lift.

Are you an injector looking for opportunities to grow your practice and stay up to date with the latest trends through frequent professional training opportunities?  Schedule a call with one of our talent experts to find out if you're eligible for a custom practice with Portrait! 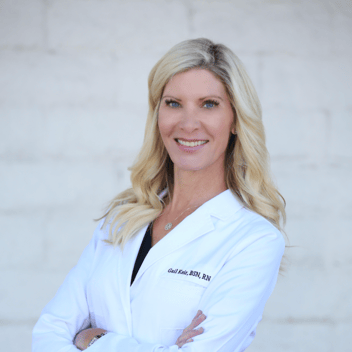 In the ever-evolving aesthetics industry, growing a successful aesthetics practice is becoming more... 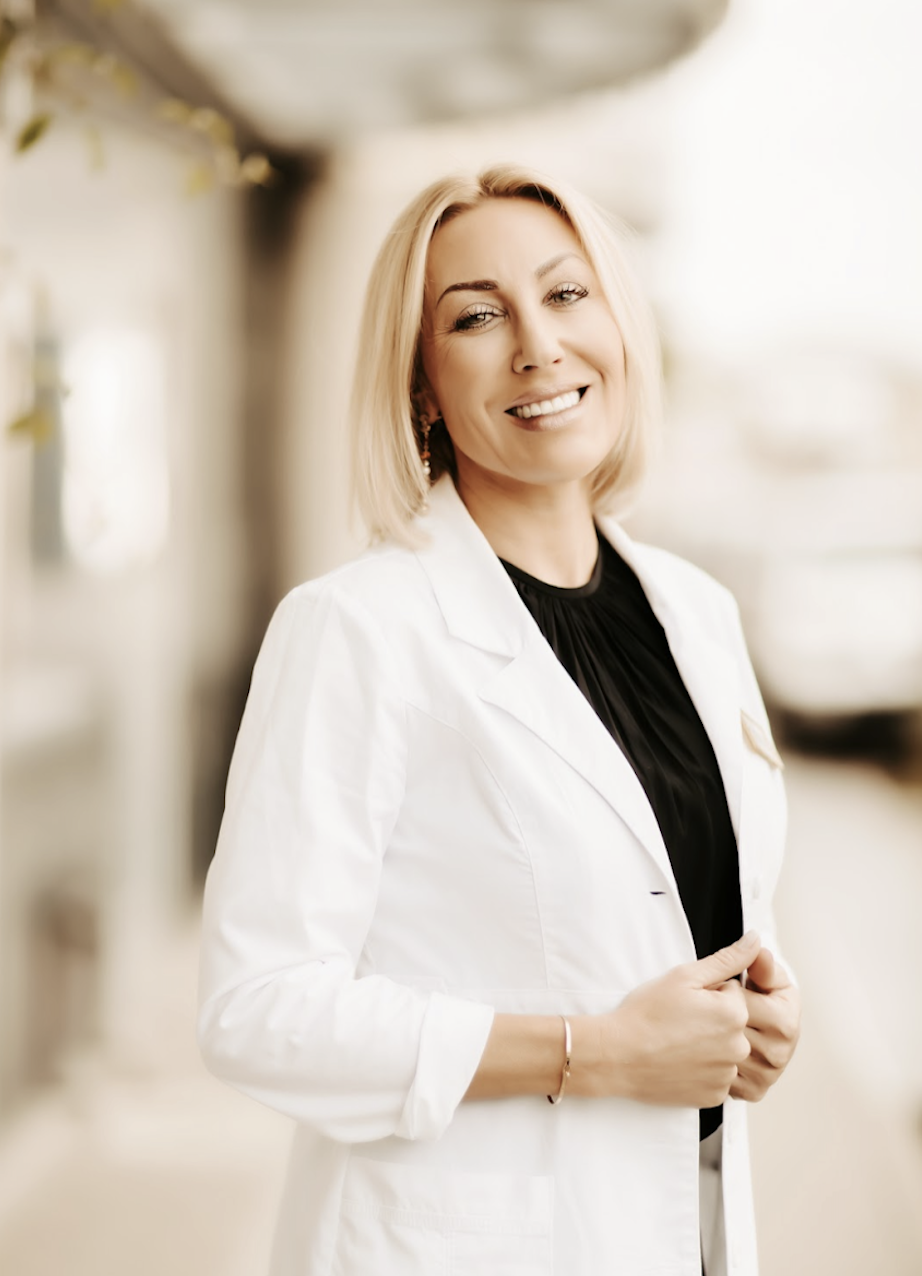 In the world of beauty, cosmetic injections are some of the most popular treatments on the market.... 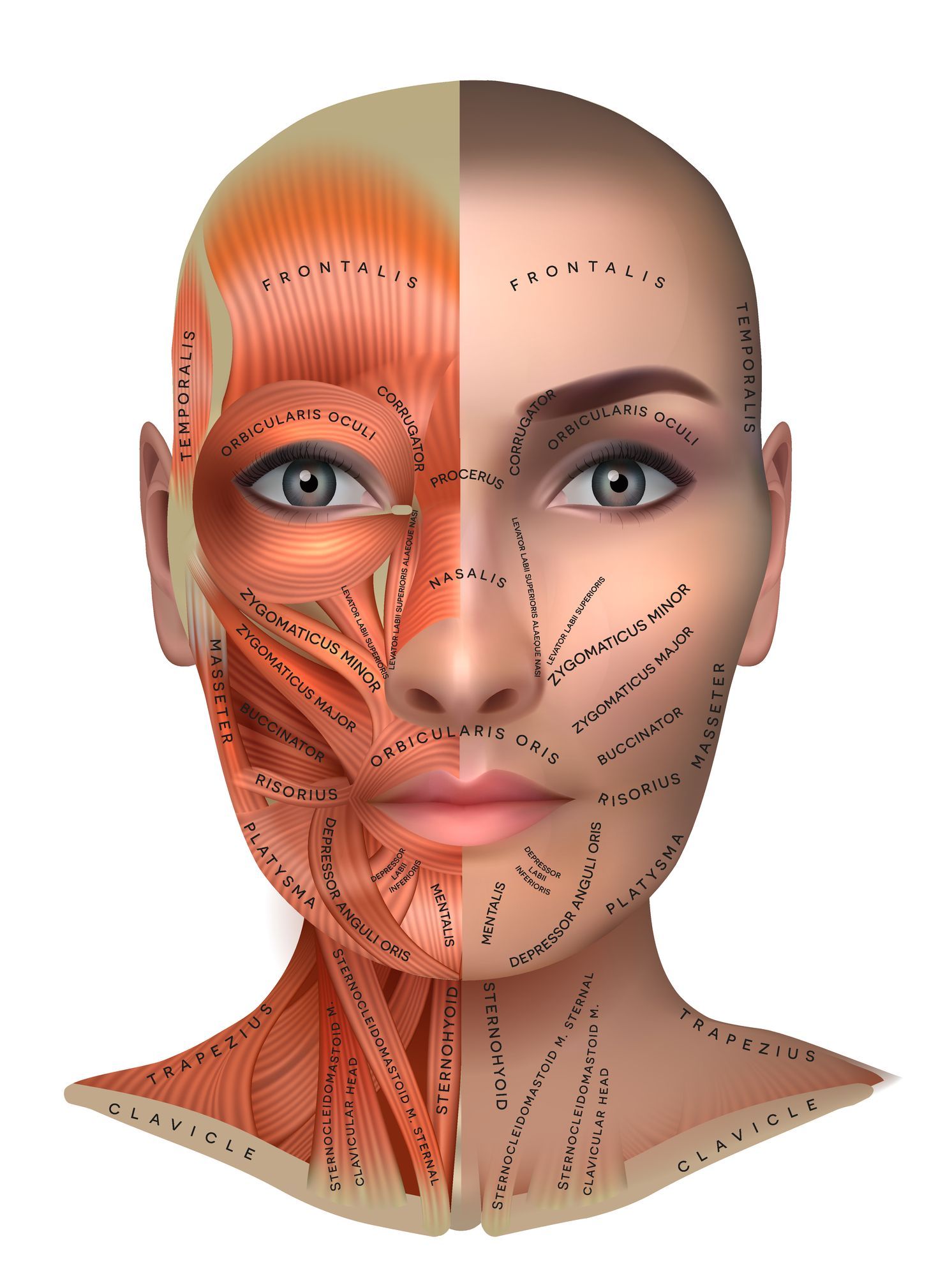 A gummy smile, clinically referred to as excessive gingival display, is characterized as a smile...